Cookies are a set of data stored on a user’s device when the user browses a web site. The data is in a file containing an ID number, the name of the server which deposited it and, in some cases, an expiry date. We use cookies to record information about your visit, language of preference, and other parameters on the site in order to optimise your next visit and make the site even more useful to you.

To improve your experience, we use cookies to store certain browsing information and provide secure navigation, and to collect statistics with a view to improve the site’s features. For a complete list of the cookies we use, download “Ghostery”, a free plug-in for browsers which can detect, and, in some cases, block cookies.

You can also visit the CNIL web site for instructions on how to configure your browser to manage cookie storage on your device.

It is also possible to block certain third-party cookies directly via publishers:

The following types of cookies may be used on our websites:

RL2. Understanding the fate, dispersion and impacts of pesticides and other organic contaminants in agricultural soils

The main goal is to progress in the understanding and modeling of biophysical processes and their coupling involved in the fate, bioavailability and transport of organic contaminants in soil. In our former project, one challenge was to better consider the hydric status of soil in the modeling of pesticide and organic contaminant fate. Especially we had identified several retroaction loops between water dynamics and fresh organic matter decomposition, dissolved organic carbon production, microbial degradation and transformation of contaminants and their diffusive and convective transport in soil. During the last 5-year period:

Another challenge was to better assess the bioavailability of organic contaminants in soil, especially the ones entering soil through organic waste application (see previous topic). At the time of ECOSYS launching, it was strategic to contribute to the ambition in matter of soil ecotoxicology through collaborations with the Ecotox Team. Concerning this objective:

Beside cognitive objectives, another objective concerned the use of different modeling approaches at the plot scale - partially derived from process-based models shortly described above - in order to assess the performances of different cropping systems in the reduction of pesticide dispersion. A particular effort in the last period has concerned the assessment of the impacts of innovative systems designed to reduce pesticide use (Ecophyto plan):

All the previous activities have benefited also from an ongoing reflection based on the possibility to extrapolate knowledge obtained on certain organic contaminants used as a model compound to other contaminants and to find a way to overcome the difficulty that only a very small proportion of chemicals can be studied in laboratory tests or monitoring studies because it is time-consuming and/or cost prohibitive. In the recent period, we developed TyPol to classify organic compounds, and their degradation products, according to both their behavior in the environment and their molecular properties. The strategy relies on partial least squares analysis and hierarchical clustering (Servien et al., 2014). This tool was tested and progressively improved:

Our major research questions still concern the understanding and modeling of processes and their coupling involved in the fate, bioavailability and transport of organic contaminants in soil. We will pursue our efforts to better consider the hydric status in relation to soil intrinsic properties (texture, composition) but also to drivers such as crop successions and associations, intercropping, agroforestry which have a great influence on soil structure, organic matter (quality, distribution) and biological activity. Recent development of models such as PASTIS-Mulch (Aslam et al., 2018) or Pol- DOC (Chabauty, PhD, 2015) could be tested in different field situations and benefits from their implementation on platforms such as V-Soil (BAGAGE’s WP, DIGESTATE project). Accounting explicitly for the spatial organization at the pore scale in models describing both physical and biological processes has been identified as a lever for understanding the retroactions between water dynamics and organic contaminant biodegradation and transport. This will be initiated in the frame of new projects concerning pharmaceuticals potentially present in reused waters (SIMUPORE and related projects).

The recent work on bioavailability of emerging contaminant in organic waste products will be detailed by considering both treatment and application. Their evolution and distribution within organic fractions will be assessed during representative treatment chains including anaerobic digestion and composting for urban and agricultural wastes. Additionally, the interactions with mineral and organic phases during treatments will be considered (N. Sertillanges’s PhD, DIGESTATE project collaboration with CIRAD Recyclage et Risque, LBE and EMMAH, CEREGE). We also plan in collaboration with CIRAD (UR 78 Recyclage et Risques) and the start-up MetRHIZLab to start new activities on the plant uptake of organic molecules by temperate and tropical crops. We will adapt the RHIZOtest Bioassay (Bravin et al.,2010) to organic contaminants and use field data obtained in the SOERE-PRO field experiments to validate the bioassay results. In continuation with recent projects at the landscape level, we wish to continue the collaboration with the soil biologists (Ecotox team) to progress in the exposure of soil organisms (earthworms, carabids) to pesticides. For instance, recent bioaccumulation data obtained in different agricultural landscapes will be analyzed using the TyPol clustering approach to analyze a posteriori the links between lateral atmospheric dispersion, soil persistence and bioaccumulation. This will provide some responses for the “phytopharmacovigilance” program of ANSES. Concerning pesticides and other contaminants, the question of contaminant mixtures in soils will be targeted in order to progress in multi-exposure assessment. Several projects will use TyPol approach with the following objectives : (i) to improve the tool for analyzing the biodegradation of pharmaceuticals (PhD 2018-2021 with INRAE LBE), (ii) to explore the environmental fate and ecotoxicological effects of antitumor drugs analogs (PhD 2018-2021, EDIFIS project), (iii) to help in choosing model tracers to conduct experimentation in volcanic soils in the West Indies context (PHYLODISPO project 2017-2020 in collaboration with INRAE ASTRO), (iv) to support suspect screening approaches looking for pesticide and pharmaceutical transformation products in aquatic ecosystems (JPI INSPECT 2019-2021).

Concerning the assessment of the performances of cropping systems in the reduction of pesticide dispersion, progressing in mechanistic models and bringing new modules (e.g. PASTIS-Mulch, POLDOC, sorption equilibria at the solid-gas interface) on platforms such as V-Soil and OpenFluid (Collab. with INRAE LISAH, EMMAH) remain the best option to fill the gaps we recently evidenced on pesticide fate models. This will contribute to simulate the effects of pluriannual crop successions, intercropping, agroforestry, no till and mulch effect. In the continuation of the MIPP project, this will allow accounting for the diversity of cropping systems at the landscape scale. The effect of climate change on pesticide flows, considering change in cropping systems design and in pesticide use, will also be studied. 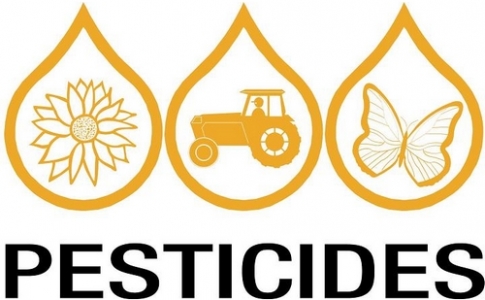